Minimum Wage in the Inland Empire

The Inland Empire has seen significant growth in the job market since the peak of the recession. The unemployment rate has reached a record low of 4.1% due to the high number of job creation. 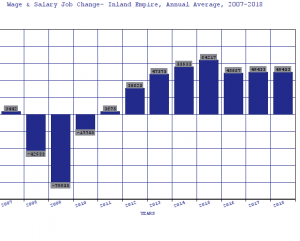 Therefore, it stands to reason the people who remain unemployed will likely be those with the least amount of skills or qualifications to offer. As a result, employers compete for the services of the available skilled candidates leading to higher wage incentives to offer. This is what led the region’s top single employer- Amazon- to increase its minimum wage to $15, three dollars more than the state’s minimum wage requirement for employers with 26 or more employees.

A rise in the minimum wage will undoubtedly impact the two major players in the labor market: The Employer and the Employee.

The state-mandated minimum wage will increase businesses’ payroll bills, thereby increasing their overhead. Adding this to the already complex state and local taxes in which the state of California was ranked 45th by Forbes in 2016, among the worst nationwide, we will find that employers will not be smiling at this development.

Experts have predicted if these pay rises continue, it may lead to a decline in the previously sustained surge in job creation in the area. The area has already started to record a reduction in job creation in specific sectors. The reason for this is simple. Employers must break even and to achieve this. They will look at options open to them. A few of these options will include:

Which option(s) an employer will choose will depend on the peculiarity of their business. Either way, certain adjustments will have to be made, which will be a review of their employment needs.

If an employer must pay so much to fill a role, they must be sure that that role is critical, and no other person can fill said part. We may begin to find employers having one employee fill two or more positions for slightly higher pay. The individual will be earning more (but less than three persons will have been paid) but also working much harder.

The outcome would eventually translate to an increase in the rate of unemployment, therefore, affecting the Employee.

How does the employee or job seeker fit into all of this? Workers are likely going to be very excited at the increasing minimum wage. But given the analysis above, workers may be more affected than they think.

Unless individuals work directly for the government, they will be at the mercy of whatever policies the local businesses come up with to balance out government policies. In the Inland Empire, the rise in employment was driven not by government jobs but by the transportation and warehousing industry spurred by the increase in E-commerce. 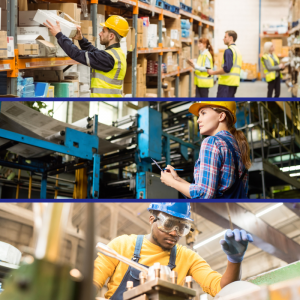 As mentioned before, Amazon increased its minimum wage to $15 per hour to attract workers. However, it also cut down on bonuses and stock plans for workers. Amounting to giving with one hand and taking with the there.

As discussed before, employers are likely going to be more critical of who they employ — leading to a form of competition for qualified and highly skilled employees as businesses seeking to consolidate jobs, offering higher pay, and giving more responsibilities to fewer employees. Therefore, employees will develop an urgency to upgrade and update their skill level due to the high level of competition. The government can legislate minimum wages but cannot force employers to employ any number of workers.

Current and prospective employees should understand the higher the minimum wage goes; the more employers will expect from each worker. Businesses do not give out freebies, and they need to make a profit. To fully enjoy the benefits of the increased and increasing minimum wage in the Inland Empire market, employees’ value to employers must increase and continue to do so.